I setup my blog on Ghost a couple of months ago, and overall have really enjoyed the experience. The editor is simple to use, my site is super fast, and I don't have to worry about any upkeep or maintenance of servers.

However, when I added my new Ghost(Pro) blog to my Cloudflare account, so I could start playing with some Cloudflare features, I was met with the following from within Cloudflare.

I searched around and found that this was added relatively recently when Ghost and Cloudflare started working together. I then found a post by Scott Helme, and much of this code and research is based on his blog post, which I'd encourage you to read here.

Why I wanted more control

There were a number of reasons I wanted more control of my blog:

This is something I'm still working on, but Ghost(Pro) bases its pricing model on page views, and yet doesn't give you any way to actually monitor this. They recommend third-party analytics tools, but these are never accurate with the prevalence of adblockers nowadays (I even had their CEO recommend I use Cloudflare DNS analytics to monitor page-views...). The Ghost team state they "never disable sites for traffic spikes", which is fantastic, but not knowing the actual metrics they're using to potentially bill me in the future is still very disconcerting. From their pricing page:

Views refer to the number of requests to your site each month. These are tracked much like an analytics 'pageview' - and are incremented with each page or API request.

This is something I'd really love to see Ghost(Pro) improve - not so much with a fully-fledged analytics product, but just giving users access to the data (pageviews) they're already tracking. I currently have a (vague) idea of my billable traffic numbers by referencing Google Analytics and Workers Analytics, but how these numbers actually stack against the server logs Ghost(Pro) are using, I as an end-user have no idea.

I was looking to add native lazy-loading images to my blog posts, as I have a post with quite a few large images. My first inclination was to check Ghost's UI to see if it had support for this. Nope - no problem, this is a very new feature for browsers - I submitted a feature request.

I next started looking for Ghost plugins to extend my blog, but plugins don't really seem to exist with Ghost. I can't find any concept of "plugins", beyond just self-modifying the source code, but I then wouldn't be able to use the Ghost(Pro) hosting - one of the benefits of which is being always up to date without any effort on my part. Ghost is entirely open-source though, so this is definitely an option if you don't mind self-hosting.

Given all of my requirements, Cloudflare Workers was a perfect choice - I just had to find a way to make it work with my Ghost(Pro) blog. Thanks to Scott's blog post as I mentioned earlier, this was easier than I anticipated. I've made some changes for easier configuration, implemented HTMLRewriter, and improved a few things.

Firstly, make sure your Ghost(Pro) blog is set to your your ghost.io URL. Make sure any "custom domain" setup with Ghost(Pro) is disabled. This can be controlled at https://my.ghost.org/.

To prevent any kind of duplicate content and ensure your visitors always end up on your own domain, rather than your ghost.io domain, we need to inject a tiny line of JavaScript to the top of the page. My ghost.io domain is jamesross.ghost.io.

From your Ghost blog settings (found at yourdomain.ghost.io/ghost), head to "Code Injection", and in the "Site Header", add the following.

Cloudflare Workers allow you to write JavaScript code and have that code run in all of Cloudflare's data centers, sitting in front of your site, before requests hit your origin. They can be used for all kinds of things from transforming responses, accessing external APIs, manipulating page headers, or even entire applications. Check out some of their tutorials if you're interested in learning more.

For our blog, we're essentially going to be using Cloudflare Workers as a proxy to our ghost.io domain, rather than using a CNAME record. This will give us much more control over our domain, as we don't have to hand-over control to Ghost(Pro).

The amount of code running here may look overwhelming, but it's relatively simple and straight-forward for a Cloudflare Worker. I've commented the code pretty extensively, but I'll walk you through some of the interesting parts. Feel free to reach out to me on Twitter or in the comments if you have any questions, or have any improvements to my Worker.

Note, after removing the CNAME for Ghost(Pro), if you don't have an origin server and don't want to use that feature of this worker, you'll need to create a "dummy" A record for your domain pointing to any IP, such as 8.8.8.8. Without this, the Worker won't run.

These are the 3 main points of configuration for the script. If you tweak these and nothing else, the script should work as expected. You can add any headers here including things like a Content-Security-Policy, I've just limited them in this example for brevity.

This is another configuration point where you can configure paths that will completely bypass your Ghost(Pro) blog, and go straight to your origin. In my example, I send requests to /textscreens straight to my origin, as I have some legacy code running here that I haven't moved serverless yet. All of these paths act as prefixes, so requests to /textscreens/hello will fall-through to my origin in this example. If you have no use for this feature, simply set it to an empty array [].

This next section of code is really cool, and takes advantage of the new (beta) HTMLRewriter API in Workers. I'm doing a lot of things here:

HTMLRewriter essentially lets you transform the HTML response in real-time, using jQuery-like selectors, whilst streaming the output to the client. Cloudflare claims this uses much less overall CPU and RAM than traditional methods, and it also avoids delaying time to first byte (TTFB), which is huge.

There's so much more that can be done with HTMLRewriter, and I'd be very interested to hear about any use-cases you develop. Shoot me a message on Twitter or drop a comment here and I may add a link to your post below.

I acknowledge that Ghost(Pro) controlling your domain's Cloudflare settings is probably best for the vast majority of their users. As a developer who likes to tinker with things though, this left me with less control of my domain than I'd like, and without access to Cloudflare Workers, something I've started to use heavily.

Ghost is an awesome, simple blogging platform. It may be a little too simple, but with this setup I now have the best of both worlds; my Ghost(Pro) hosted blog and no servers for me to worry about, and my Cloudflare Worker, giving me full control over my domain again. 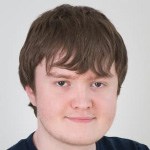